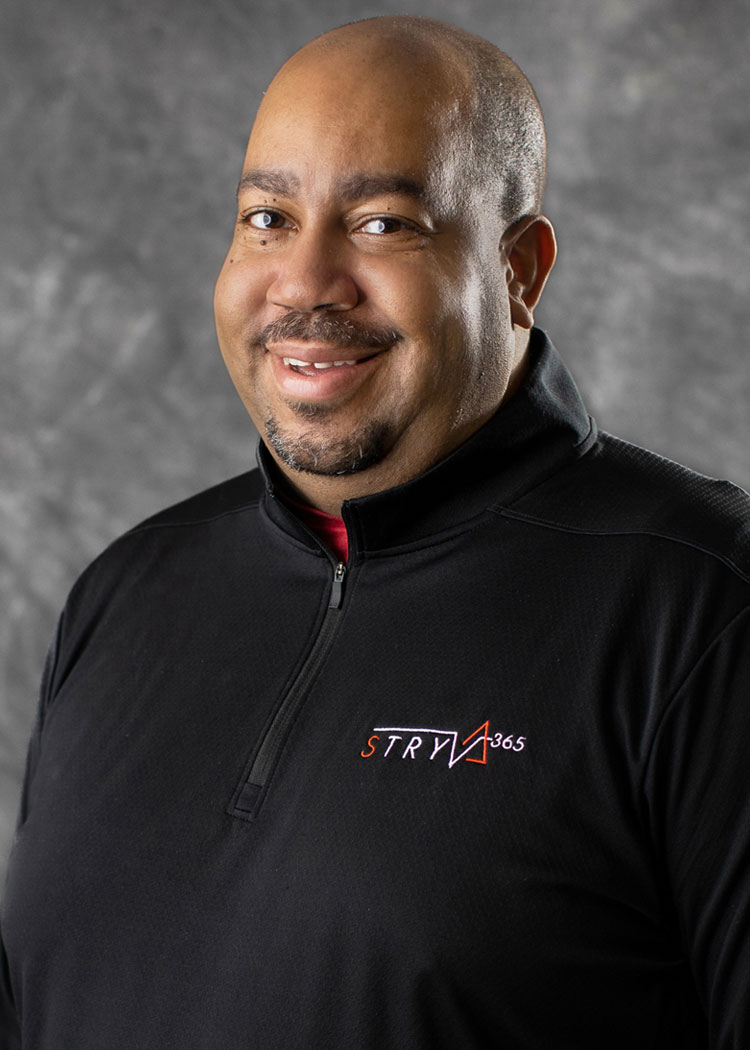 Krayton Nash brings to STRYV365 almost two decades of experience developing student-athletes of character and action through coaching collegiate basketball and tennis. Through his catalytic leadership and strong belief in fostering meaningful relationships, he has developed a propensity to revamp programs into competitive and perennial contenders, all while transforming the lives of the participants within them.

“Nash” came to STRYV365, from the University of Minnesota Crookston where during his tenure, he helped the Golden Eagles to their best four-season period in their program’s history. They made their first-ever appearance at the NSIC/Sanford Health Tournament quarterfinals during the 2018-19 season and also posted their best NCAA Division II wins mark ever. He was also very instrumental in Harrison Cleary’s development. Cleary went on to become an All-American as a sophomore, an All-NSIC First Team, and All-Region selection in back-to-back years, all while leading the nation in free throw percentage in consecutive seasons.

Prior to arriving at the University of Minnesota Crookston, Nash spent his career successfully mentoring the youth in different positions. As the associate director and head basketball coach of the Post Graduate Leadership Program at St. John’s Northwestern Military Academy, he recruited and placed players into colleges to play basketball with many of them realizing their dream to play at the NCAA Division I level.

During his previous seasons as an assistant coach, Nash was also instrumental in the success of two universities in the metro-Milwaukee area. Most recently in his time with the Cardinal Stritch University Wolves, the team went 78-25 overall with a pair of top 10 national rankings. They played in three straight NAIA Division II Tournaments, with the team reaching the NAIA Elite 8 his last season there. He had a significant role in recruiting and developing the team that would later go on to win the 2013 NAIA Men's Basketball National Championship.

Nash also served as an assistant coach at Carroll College (now Carroll University) where he helped guide to the most successful period of competition in the history of that program. During his tenure, the team went 54-23. They achieved the program's first-ever national rankings while winning the 2006-2007 Midwest Conference Championship. They made Carroll's first two NCAA Division III Tournament appearances ever and reached the Sweet 16 during the 2006-2007 tournament.

Nash earned his Bachelor of Science in industrial technology management from Wisconsin-Platteville and obtained his Master of Education in health education from Carroll University.