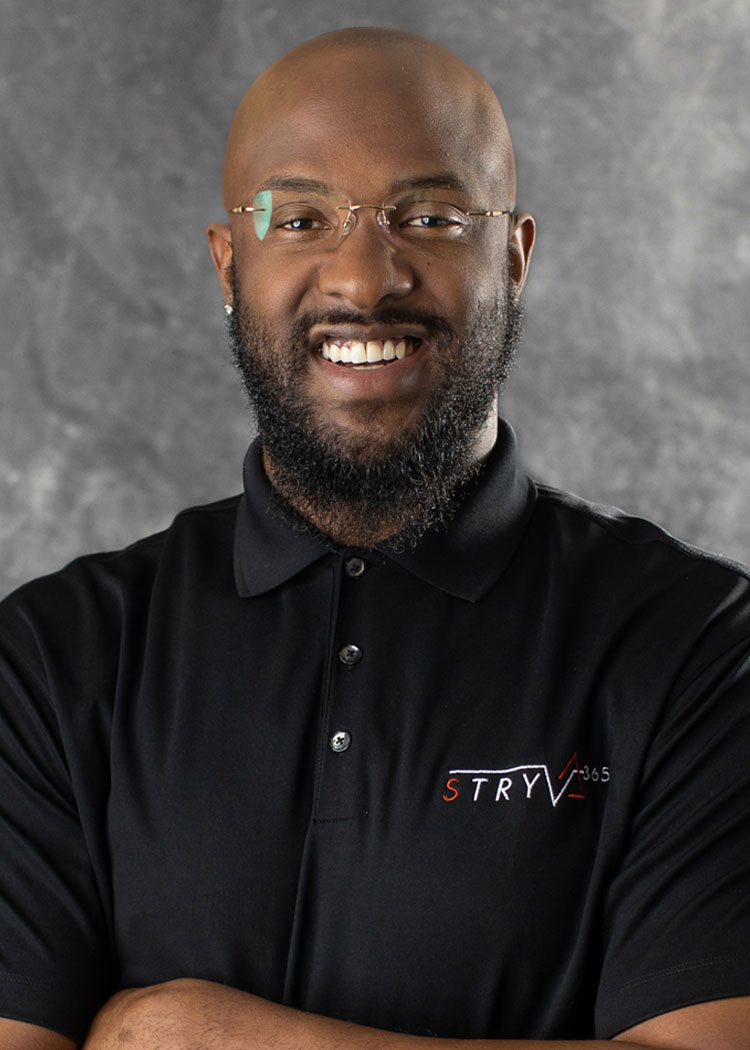 Kadeem Batts joined STRYV365 Inc. in November of 2021. He is a coach, teacher, trainer, mentor and former professional basketball athlete. Kadeem is originally from Boston, Massachusetts, but has lived in many different places throughout his life. He most recently moved to Milwaukee from Powder Springs, Georgia, where he was coaching and teaching at his alma mater, McEachern High School. During his tenure at McEachern as a student, Kadeem experienced success winning Region Championships and accumulating over 40 basketball scholarship offers from universities around the country.

Kadeem chose to attend Providence College on a basketball scholarship, graduating with a degree in Business Management. This was a special accomplishment for him, being the first person in his immediate family to attend and graduate college. Kadeem had a successful playing career while at Providence, accumulating over 1,200 points and over 700 rebounds as a 4-year starter. His college career was capped off with success winning the Big East Conference Most Improved Player Award in 2012-13 and helping lead Providence to a Big East Championship in 2013-14.

During Kadeem’s playing career, he started his own basketball training business allowing him to gain experience working with youth. The training grew into mentoring and Kadeem would immediately get into teaching and coaching after his playing days. He is passionate about helping young men and women going through adversity because of his own life challenges. Kadeem overcame odds stacked against him, through having a positive and resilient mindset. His life experiences gave him purpose to uplift and help those in need. Kadeem believes STRYV365 aligns with his character as a person and wants to help people reframe inevitable challenges in life.